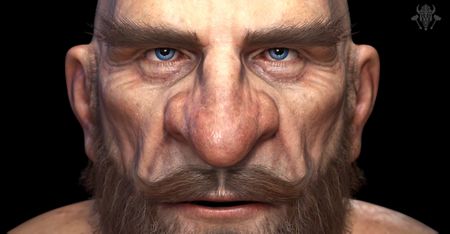 This is some work that's been done to amend the dwarven body and appearance from the Dünir's perspective. It's still a work in progress. However it's very important that you guys recognize our goal is to take community feedback into account when we're developing the game and that's the whole purpose of a transparent development process.[2] – Steven Sharif 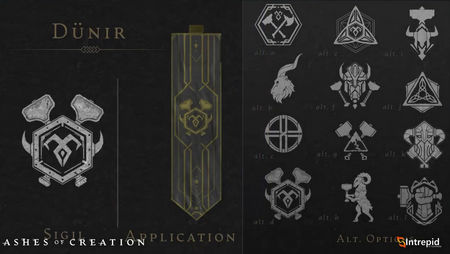 Stoic. Tradition. Forge. Most of the peoples from the old world would see a mountain and think nothing of it. The Dünir saw a defensible home where riches abound. The Dünir take immense pride in what they craft and what they build: fortifications that seem impregnable, warhammers that never break, or beautiful gems for their royalty are all in their repertoire. Don't be deceived by their stout stature. They're pound for pound the strongest warriors the world has ever known.

Facial hair is characteristic of the Dünir, not the Niküa.[7]

Niküa dwarves have a "halfling" appearance.[9][10]

Dünir have a Nordic cultural influence.[11] 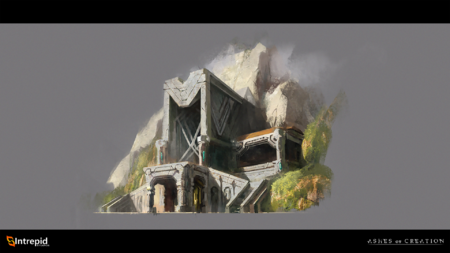 Dünheim is an open-world dungeon in the Alpha-0 zone that was once a Dünir dwarven city.[16]

During the great calamity that befell Verra, the inhabitants of Dünheim elected to remain in their mountain keep. This didn't work out well for them. In the wake of the destruction many artifacts and treasures were left behind.[16] 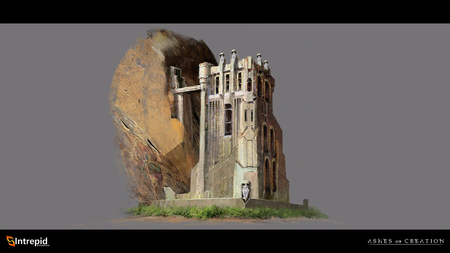 I was a child when they first appeared in the night’s sky. At first there were three distinct lights. Not quite the brightest in the sky, but they were bright enough. My mother told me that they were a sign from the Gods, that the world was about to change. She had a sense for these types of things. A long line of women in my mother’s family were Oracles. Written on one of the many tablets in the Great Halls of King Grimlaey, is the story of my Great-Grandmother, the Royal Court’s Regent Oracle, and how she foretold the rise of the Undying during the Great War.

As the days grew to months, and months into years, the lights in the night’s sky grew in number. The priests in the temples began to refer to the lights as Harbingers. Upon my graduation from the Master Stonecutters University, the lights numbered 16. Each passing month, the lights grew in brightness and size.

It didn’t take long for things to change in Dünheim. Families that I had grown up with, began to move away from the city in the heart of the Mountain. Travelers became less common, and temple services were filled every day with new converts seeking answers about the Harbingers and what they meant. My mother wanted to leave the city as well, but my father wouldn’t hear it. His auction house is what kept food on the table, and my brothers were both in the Council Guard. There was no way my father was going to be seen leaving the mountain. Honor and respect meant more than life itself, and my father had great pride in my brothers. Despite my mother’s persistence to leave the city, we stayed. 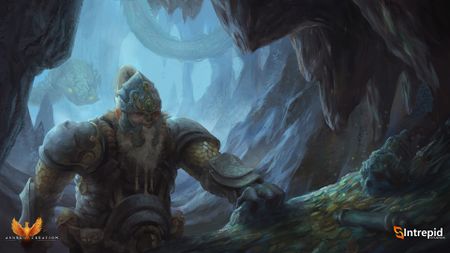 Deep in the mountains of Verra legend tells of a forge created by the gods, from whence all Dwarves are originated. Fabled to be the first created of the major races, the Dwarves are said to have arrived on the continents with ships made of stone and steel. Dwarven smiths and craftsmen are found far and wide across Verra. The center of the Dwarven race is the nation of Dünzenkell, found deep in the northern mountains. Dwarven society tends to be heavily matriarchal and their clans existing under the oftentimes eldest matriarch. Dwarves are closely connected to one-another by alliances forged between family guilds. The Dwarven child is marked at a young age with his or her guild sigil. Some dwarves banished from Dünzenkell or having chose to walk a path alone will often have their sigls burned from their skin.[19] – Steven Sharif

The Dünzenkell nation, deep within the mountains of Verra exists the oldest nation in the world. The Dünzenkell have been known as many names over the ages, but only one name has graced the highest mountain, within which their capital has stood since the beginning of recorded history: Dün. The Dwarves of the Dünzenkell rule through a council of guilds. A royal family is chosen once every 200 years by this council to rule. Currently the right to rule falls on the shoulders of King Grimlay. It has been nearly 400 years since a king has lead the Dünzenkell. Traditionally this role falls to the matriarchs of the family. Expeditions are often sent into the Underrealm from Dün; and there many believe lies the source of secrets among the Dwarves and their success with mastering artisanship. Untold magic lies deep within Verra. It's source not known to many. Dünzenkell has long benefited from this source though. It has fueled the expansion of the Dwarven kingdoms throughout the northern mountains.[20] – Steven Sharif

Urlor was the founding member of the Frostguard Expeditionary team, and also the first to succumb to the elements in that first, fateful trek. It was Urlor who, in a fit of rage, took a hammer to the wheels of that first caravan, frustrated at their lack of progress and lack of foresight. He then replaced them with wide, smooth rails that he fashioned from nearby trees with his own hands and axe. It was Urlor who, when their southern horses stumbled and slipped on the icy tundra, disappeared into the wastes and returned with bear-like creatures he had somehow taught to obey his every bark and command. These creatures never slipped, never faltered, and had seemingly endless stamina. Though Urlor never returned, his legends certainly did, and the Frostguard Expeditionary caravans are named in his honor.[21] – Margaret Krohn